The EveryDay Heroes Collection is a 13 documentary film collection presenting intimate portraits of ordinary people living heroic lives, heroes who choose to make a difference, silently, every day. This collection shows viewers that humanity has no borders. Our heroes are all different from one another; they come from different countries and continents. They guide us through their cultures, through a world of change, neither black nor white, where everyone can contribute to a better future by their own way.


Everyday is a Gift


Portrait of caring in South Africa

Everyday is a Gift gives the viewer a glimpse of the daily life of a small caregivers army in the township of Grabouw . Those heroines, having neither comfort nor means, tend to soften the final moments of hundreds of children suffering from AIDS and other incurable diseases. Anonymous people among many others, they work in orphanages, hospitals, and at the bedsides of those in need. They work both in shantytowns and townships, using the only weapon they have against suffering: their hearts.

In the Shadow of Shangri-La

Shot in Nepal in February 2008 during a mission organized by Exeko. this film is the second documentary from the Everyday Heroes Film Collection, presenting heroes fighting for children rights, freedom and care in Nepal. They are clowns, surgeons, monks, artists, organizers... being a part of social change, giving hope behind poverty and despair. 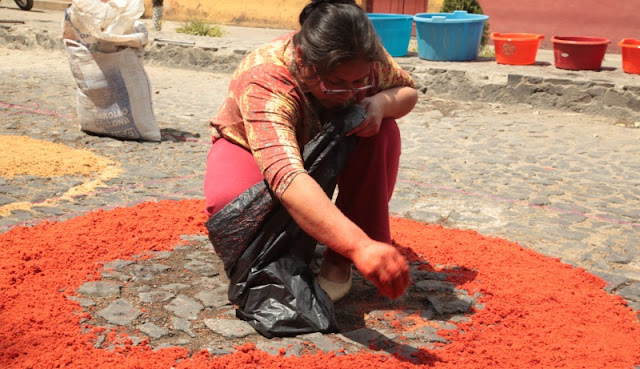 Stories of Courage and Hope in Guatemala

According to an ancient Mayan legend the Sun God gave a gift of magic dolls, "sorrow eaters" to the people. The proof of that gift can be seen in the smiles and resolve of courageous Guatemalan women working to improve the lives of their families and to rebuild their war torn homeland, a country still erupting with violence and deeply scarred by decades of corruption.As fresh as today's headlines, filmed in Guatemala in 2011, "Mujeres" is both the personal story of family shredded by tragedy and senseless violence, and a snapshot of a culture struggling to heal itself. Led by heroic women working to have their voices heard, to reclaim the majesty of their Guatemala, "Mujeres" is ultimately a film about hope and the gift of the sorrow eaters.

Email ThisBlogThis!Share to TwitterShare to FacebookShare to Pinterest
Home
Subscribe to: Posts (Atom)
"We will empower and inspire people to look beyond paralysis and cynicism, to look within themselves and to see that everyone can be a part of the story of humanity."
—Wayne Schoenfeld